Hi Blog.  Here’s Sunday’s tangent.  On March 27, 2009, NPR replayed a 1990 interview with the late  John Hope Franklin, historian of racism within the United States.  He died at age 94 on March 25.  The Economist ran this as part of their obituary on April 2: 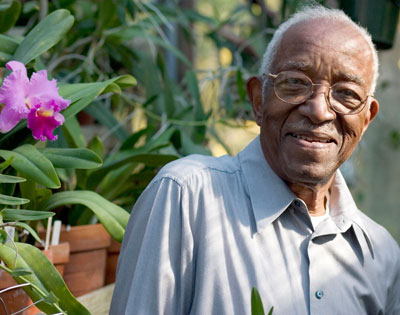 …Academia offered no shelter. He excelled from high school onwards, eventually earning a doctorate at Harvard and becoming, in 1956, the first black head of an all-white history department at a mostly white university, Brooklyn College. Later, the University of Chicago recruited him. But in Montgomery, Louisiana, the archivist called him a “Harvard nigger” to his face. In the state archives in Raleigh, North Carolina, he was confined to a tiny separate room and allowed free run of the stacks because the white assistants would not serve him. At Duke in 1943, a university to which he returned 40 years later as a teaching professor, he could not use the library cafeteria or the washrooms.

Whites, he noted, had no qualms about “undervaluing an entire race”. Blacks were excluded both from their histories, and from their understanding of how America had been made. Mr Franklin’s intention was to weave the black experience back into the national story. Unlike many after him, he did not see “black history” as an independent discipline, and never taught a formal course in it. What he was doing was revising American history as a whole. His books, especially “From Slavery to Freedom” (1947), offered Americans their first complete view of themselves…

Now read this excerpt from the NPR interview, which I transcribed, and see if you get what I did from it:

Terry Gross:  In some of your essays in your new book, you talk about some of the obstacles that you faced as a Black scholar, and you wrote that you faced discrimination that goes beyond any discrimination you faced in the field itself.  For example, when you were chairman of history at Brooklyn College [New York City, in 1956], one of the problems you had was finding an apartment you wanted to live in, because a lot of neighborhoods refused to sell to you.

JHF:  That’s right.  I spent more than a year trying to find a place I wanted to purchase.   My appointment was so spectacular that news of it with my picture was on the front page of the New York Times.  But when I set out to find a house near my college — I hoped to be able to walk to work — almost none of the real estate dealers in the area would show me any of the houses that they were widely advertising.  And when I finally found one being sold by the owner, I then had the problem of trying to find the money so I could purchase the house.  And that was another round of excruciating experiences.  I finally found it, but I could have spent this time so much better.

TG:  Let me ask you kind of a stupid question.  Did you ever take that New York Times article around to the real estate agents and say to them, “Look, don’t you know who I am?”

JHF:  No, I don’t believe in that.  I’m a human being, and that ought to be enough.  I’m well-mannered, I think I’m well-dressed, and I think that my conduct is above reproach.  I think that that should commend me.  And if it doesn’t, well, then I think they’re not interested in hearing anything about who I am.  I have no doubt that many of these people knew who I was.  And yet, I was still rejected.

COMMENT:  These sorts of things are mostly seen nowadays as unpleasant historical anachronisms, approached  and reflected upon with the attitude of “How could people do this sort of thing?  What were we thinking back then?”  And rightly so.